In year 2018, foreign migration to Bosnia and Herzegovina (BiH) increased rapidly despite widespread hesitation and unprepared border patrols and social services. Around 7500 migrants passed through or stayed in BiH. This sudden inflow of migrants was also unexpected by the citizens and the authorities. An illegal camp was set up in Sarajevo and the local or national authorities did not react in a proper way up until the number of migrants increased and the citizens of Sarajevo complained about the hygiene and crimes allegedly done by the migrant population. After a few months of living in illegally set up camps and thanks to the generous help of volunteers and many citizens of Sarajevo who self-organized themselves to provide food and shelter for migrants, authorities set up a camp in Krajina region and many migrants were moved. Still, many of them continued to live in non-humane conditions. The burning issue was, and remains, that many migrants have crossed the border illegally and many of them do not have any documents or any possible way of identification so it is really hard assessing the real situation- how many of them are war refugees and how many of them are economic refugees.

Furthermore, the media plays an important role in covering the message about refugees to the general population and often, it turned out that the wrong messages were sent promoting hate and fear towards migrants and refugees, of which many were also families, women and children. Many Bosnian and Herzegovinian citizens can remember and used to be refugees at one point in their lives, which is probably the reason why people showed empathy and help during these times of need. But as the first half of the year came to an end, more migrants came in and fewer were going out. Feelings of unfriendliness and xenophobia emerged as some cases of migrant violence and crimes were written about in the media. This has become an important issue and BiH politicians will have to show more seriousness about the migrant crisis. 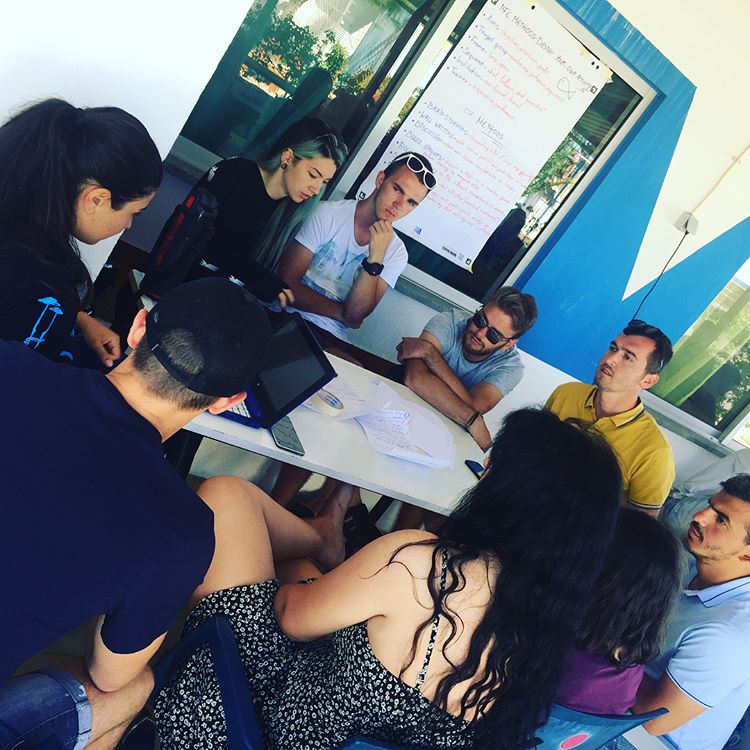 The official statement of the representatives of the common institutions of Bosnia and Herzegovina is that their recent actions and measures have decreased the number of illegal border crossings in July and they expect this trend to continue to decrease. They say that BiH top priority at the moment is to decrease the number of illegal crossings in the country and they also call for higher level of border security to stop migrant smuggling. Denis Zvizdic, the chairman of Ministers of Bosnia and Herzegovina said that the question of migrant housing in Unsko-Sanski Kanton should also be in top priorities. He also emphasized that interaction with migrants should be based on humane values in accordance with domestic laws and international standards. He also reminded that BiH supports European policy and wants to be part of common European solution for migrant crisis. In reality, not much work is being done in practice and much of the work is done by self-organized groups of volunteers and NGOs. In the meantime, migrants are suffering different kinds of discrimination and not able to build their legal way to the future due to all of these obstacles. The issue will probably increase over the next few months and the country should take very serious steps in providing realistic solutions that could lead to more organized and systematic migrant monitoring and assistance. On the other hand, it is very important to bring migrant and local people together and provide more accepting and welcoming surroundings for all.

Youth from different parts of the country do not have or very rarely have the chance to meet one another and cooperate. These divisions are made along ethnic lines due to ethnic conflict in the past, and maintained due to various factors such as the media, government institutions, schools and their families (parents). One of the most prominent examples of segregations is the ‘two schools under one roof’ issue where children go to the same school building but attend different classes and never have the chance to have extra-curricular activities together. In smaller cities, this divide is largely felt as the communities have specific ‘borders’ where they never cross.

Although reconciliation efforts have been attempted many times by numerous actors, the youth sector and non-formal education activities (NFE) play an important role and have the potential to generate change and empower young people to become more active in their local communities. The alternative narrative therefore aims to bring youth from different parts of the country together around a pressing issue that is the refugee and migrant crisis which only recently has targeted Bosnia and Herzegovina. Similar to the 2014 Floods which were devastating for much of the north and eastern parts of the country, the migrant and refugee crisis have touched the cities and towns closest the the borders, as well as Sarajevo. Families, young children as well as women flooded the few residences for migrants and refugees, and soon, many people were living in parks and creating alternative camping settlements.