We as an Azerbaijan team after the 37th YEU Convention in Portugal had to actively use our knowledge, our skills and our experience in order to change the concepts of what is good and what is bad in our country. At this stage we already understood what the narrative meant, how to distinguish counter and alternative narratives and how we should develop counter narratives. Nevertheless, we also realized that it is not enough just to understand all of these, we also should have the ability to share our knowledge with members of the local organization with whom we will work and organize the developed actions.

It is very important to have a team at the local level, consisting of willing young people and due to these purposes, we as the main team, which took part in Convention in Portugal, decided to organize trainings where we will talk about lessons learned in Portugal. We sent the invitation by mail and to our surprise there were many members who wanted to participate in this event and help us in organizing future activities. We had to organize another training of the same kind for those members of the organization who could not come to the previous one.

As we already estimated, the participants of these two workshops showed great interest in the topic and also later on, supported our team to prepare and manage the steps of the activities easily and successfully. Thus, when the members of our main team had personal problems because of which some of us could not take an active part in organizing events we just stood in the background and sent responsibilities to our subsidiary team and they really helped us out a lot. 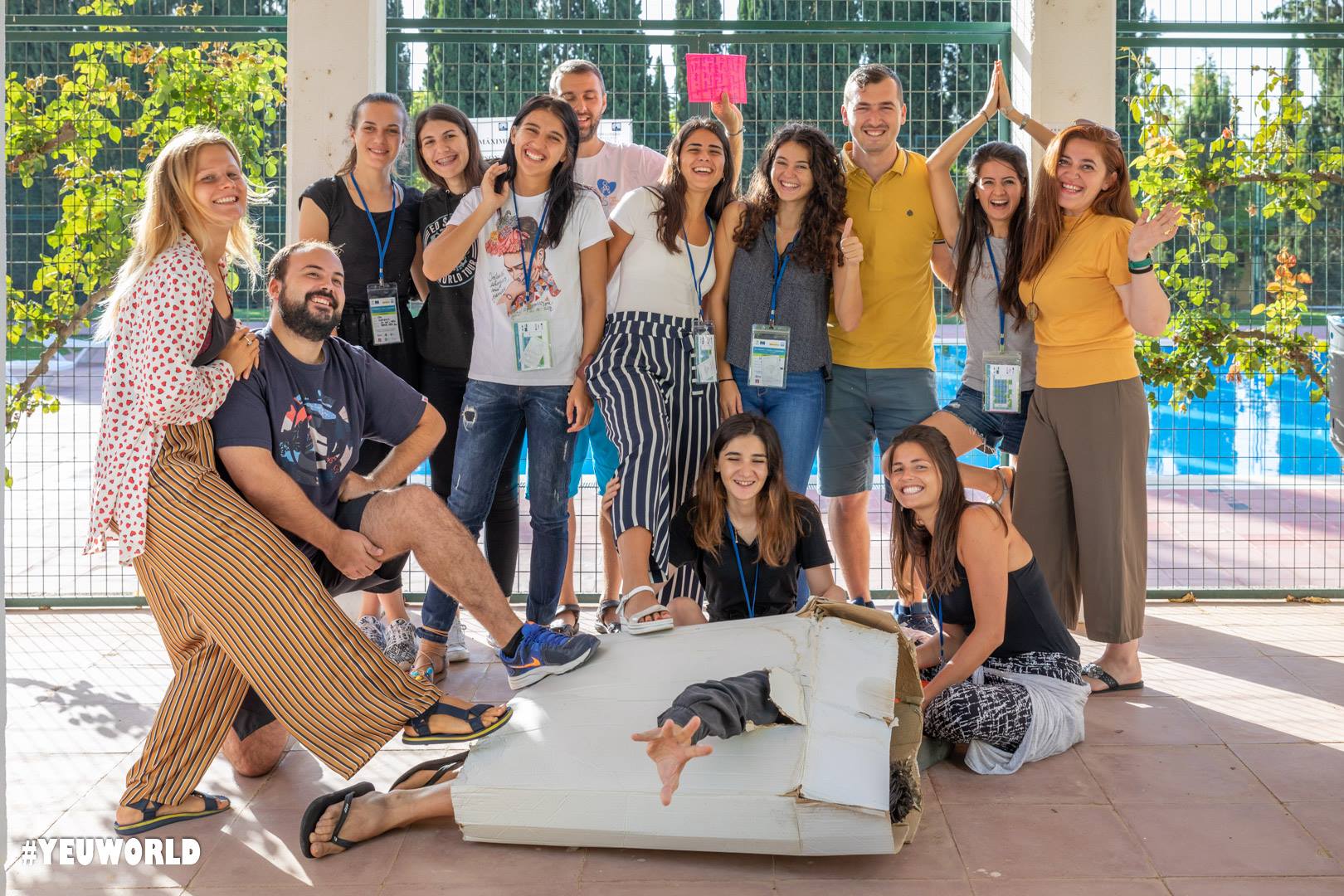 We had a lot of ups and downs. The second step of our activities was to organize discussion between generations, we tried to invite as many members as possible belonging to both generations to talk about the clothing issue and to listen and understand each other’s points of view. For us there, it was not a problem to invite the young generation, because they really wanted to discuss all of these issues with the elder generation.

On the other hand, it was really hard to invite the elder generation because they firmly believe that all previous generations used this kind of clothes and that we all should live with this religious clothing. Thus, in our discussion step we had only seven representatives with traditional views. After the discussion, we carried out a debriefing session where we summarized all that we previously discussed and compared how the outlook of the elder generation has changed.

Afterwards, we met with our team and discussed this problem and sought a solution. In the end, we concluded that if we conducted our activities in a social network, in order to reach a bigger audience and be heard by the older generation. Therefore, we decided to conduct an online campaign and prepare not only comics, as planned earlier, but also an interview in which they showed the essence of the whole situation.

In my opinion, the most important thing in this whole process is to have a lot of time and a good team. Our creative team, which consisted of a designer, an artist and a scriptwriter, knew its business, but because time was short, we could not draw the comic that we wanted, so we drew simpler comic. Maybe after a while we will draw a comic book better with the same idea. We are willing to continue our fights in order to change perceptions and lives of people in our country for the better.