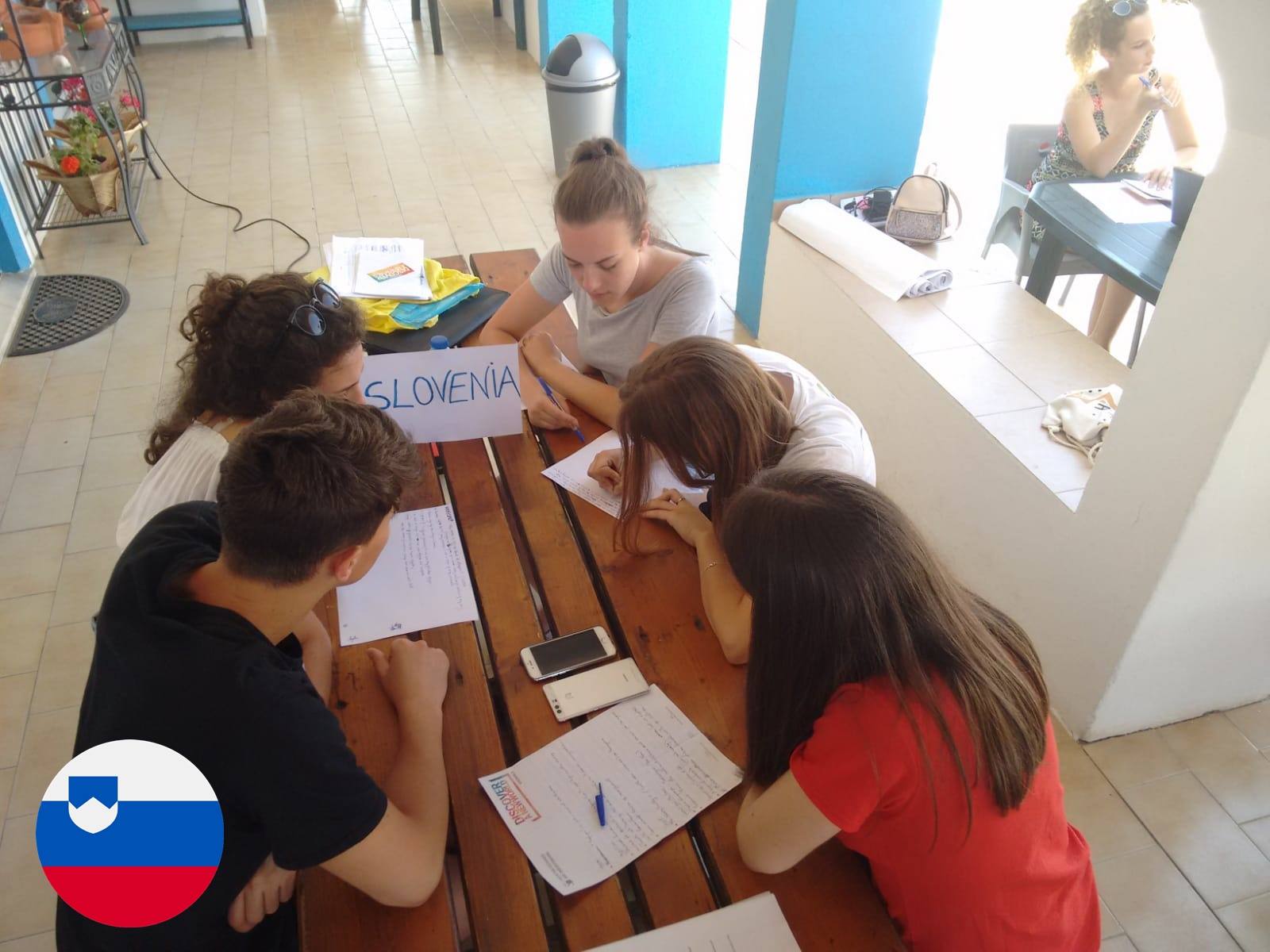 The first plans started on a Wednesday after-school coffee. Our team got together after being chosen for the Brave New You convention in Portugal, which we didn’t have much idea about. As none of us took part in the start of the process in Črnomelj, Slovenia, we got a somehow clearer view on what we got ourselves into only on the training in Portugal.

After getting to know what hate speech and narratives was, every country chose a disadvantaged group that they wanted to work with. Our team chose the problem with refugees and the stereotypes of local people about them.

In recent years the number of refugees around the world has risen, especially on the Balkans. So the same thing is happening in Slovenia. Every now and then there is a larger ‘’wave’’ of them and the citizens of Slovenia are mostly afraid, judgmental and unwelcoming. There is a lot of hate among people and most of the stories about them are negative, so people perceive refugees as terrorist, rapists and criminals. They feel frightened for their families, for their hometown and so on. They are afraid that they will force Islam on us, steal, kill, pollute, change our culture and society … Because of all these parents don’t let their children walk around at night. If it were the people’s choice, a large majority would choose to close the borders.

In our region this problem is especially noticeable, as we live next to the border on the south. Even so, there still aren’t many of them living here. But before they come we wanted to make sure they’re welcomed and accepted and to get information who and what are they, to inform people. We wanted our citizens to see that refugees are just like us with their own religion and culture. I think we have to see some good acts from them and they from us, to develop trust and feeling of safety between us. To tackle this issue, we constructed a counter-narrative.

As we already mentioned no one of our national group was taking part in Črnomelj, we were all new and fairly young participants, so we think that was our main setback (although we had some contact with our sending organization). We were missing someone who’d know more on the theoretical part about hate speech, narratives and counter/alternative ones. We would have had a bit of a hard time in Portugal if it wasn’t for two of the facilitators. During the training on Armona island in Portugal they helped us with creating the counter narrative and when we went back home and had to implement our activities, organizers were continuously checking up on us and were there if we needed a hand.

But despite the help we think we were missing someone with more experience and authority in the practical part. We solved this problem to a certain degree, by inviting a sociologist to have a lecture about migrants. He had more data to offer and some participants probably would take him more seriously than they would take us.

Along with this we were facing some problems with time. Because it was summer we couldn’t arrange to meet all together enough times. So in the last week we decided to have a workshop and a lecture only for exchange students and move the lecture for the locals to the upcoming week.

In the end our workshop with foreign students was pretty successful but the lecture for the locals had failed because of lack of financial resources.

If we could do it again we probably would have followed the age restriction for the convention, understanding there’s probably a reason for it, as well as doing the plans before and checking the budget conditions.

We expected from people who participated in our activities, to go deeply into their heart and mind, to see how hard is to find the right answer and to choose which one to listen. Because participants were from different countries, it wasn’t such a big impact on them about current condition of refugees in Slovenia. But still, we think it is really good to familiarize each other with personal experiences, conditions in your country etc. These activities helped them to really think and to create their own opinion, not to listen to others, and the opportunity to talk and explain for what are they standing.