The power of the symbols and archetypes workshop

What are narratives and what are the stories behind them? The power of the symbols and archetypes

These four consecutive sessions aim to provide a better understanding of narrative, its elements and its transformation to counter/alternative ones.

• To introduce participants with narratives and its key elements

• To explore local realities based on discussed issues and narratives that accompanying them;

• To assess harmful narratives and develop counter ones;

Give information about the design of the whole session and the objectives of the session. Explain to the participants that, before diving into hateful narratives and counter/alternative narratives, it is important to understand what are narratives in general, in order to address to the hate speech topic.

Give information about the elements of narratives (abstract from We Can Manual):

• Structure: A narrative presents 1) an initial situation, 2) a disrupt moment, conflict or dilemma which changes that situation and sets events in motion, and 3) at the end, the conflict is resolved or transformed. Characters choose one way of overcoming the conflict. There is thus a ‘before’ and an ‘after’

• Characters: The main characters are often heroes or heroines, the protagonists. Very often, they are accompanied by antagonists, villains or enemies

• Context: Narratives acquire a meaning in a broader cultural, social, and historical context, with defined rules and mechanisms

• Relationships: a narrative is not simply a flow of unrelated events, but is about the connections between characters. Two characters can be linked by positive or negative relationships. In Nabokov’s example, the queen-king relationship was so strong that the first died when the latter passed away

• Meaning: Differently from plot, story and chronicle, a narrative presents a connection between the main characters, their behaviour and their actions (an individual story) to the general context and the bigger picture (collective story) 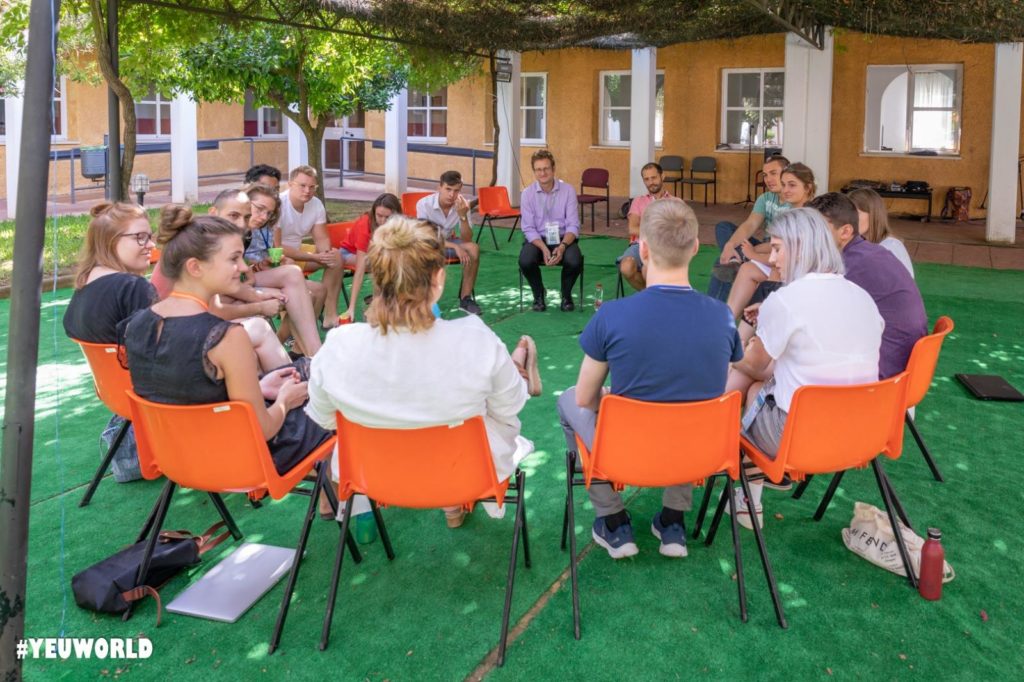 Divide participants into 6 different teams, and give them the themes to develop their stories-narratives (Not necessarily hateful, just to see participants’ general understanding of narratives).

• Pollution of air and water

• position of a woman in society

• marriage is a community of a man and a woman

• migrants in my community

• ethnic/religious minorities in my school

Based on themes, each team has to take 5 pictures, record 5 sounds and take 5 objects from their whereabouts. After that, they have to make a story out of the collected items. Each story to last up to 3 minutes including accompanying elements (sounds, photos, objects).

Time: 20 minutes Trainers use one of the stories to present the elements of a narrative, and give broader information on narratives and hateful narratives.

Formal definition of a narrative: A narrative is a logically coherent report or interpretation of connected events that include characters, relationship and etc. A trainer emphasizes interpretation as one of key aspects in a narrative analysis. At the end, trainers do a debriefing:

• How did you develop your narratives?

• What was the hardest to you in this activity implementation? Why?

• How did this activity affect you? Did you find it useful to understand narratives? What is still blurry to you?

• What do you think is the main purpose of narratives’ analysis and understanding?

• What are the most common narratives that you face with in your local community? Are some of them hatful?

• What we can do with these hateful narratives?

Break
Second part
Time: 15 minutes (1h30 mins) Participants come together in the second part of workshop. Trainers make an energizer (if needed). After, they get introduced to the flow of the second part of the session. Trainers mention that narratives are not necessarily words or speeches. Symbols, pictures and different kinds of expression can also contain more or less hidden narratives. Brief discussion about most frequent symbols that we can find in our communities and also in online sphere. 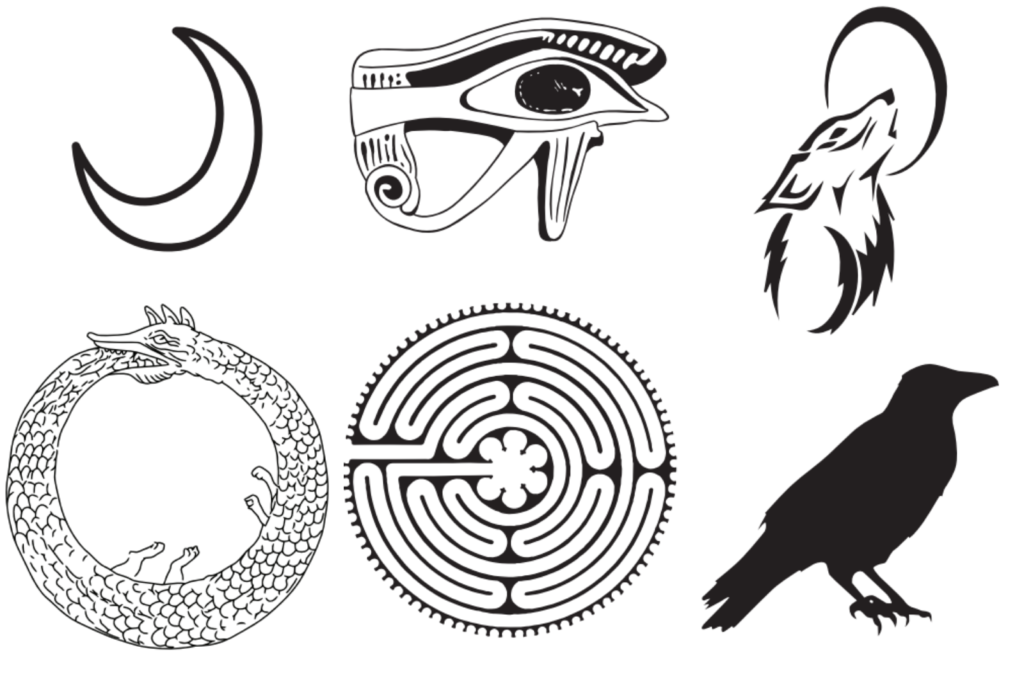 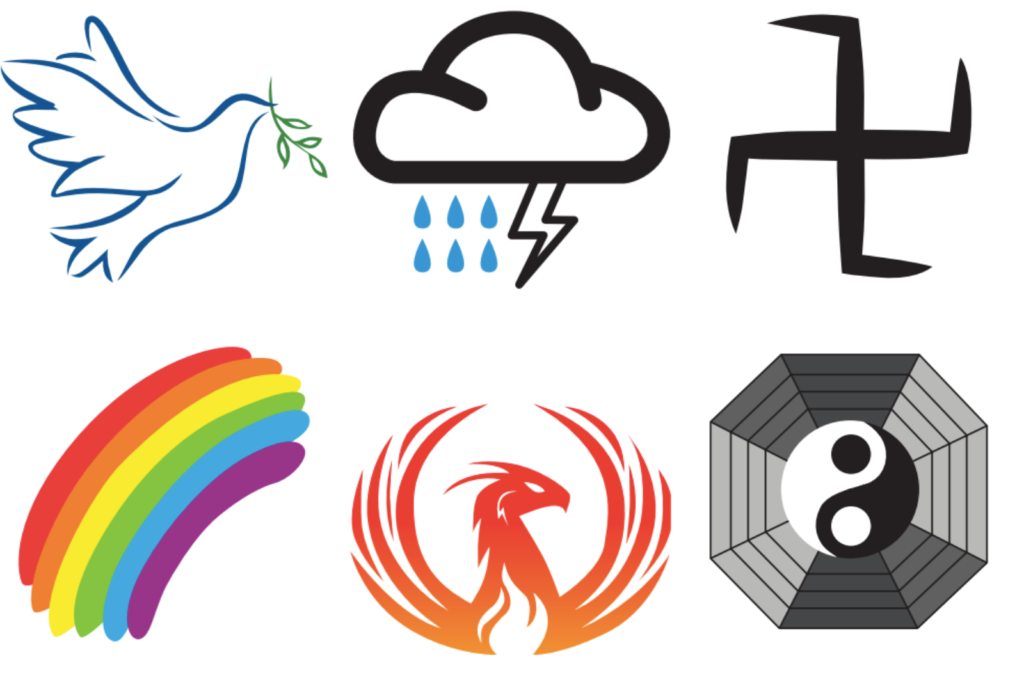 Time: 30 minutes Participants are split in the same groups as they were during the narratives’ development. Each group gets one printed symbol, video link or a photo from the list in Appendix. The participants will have a task to rewrite their narrative from a perspective of a group which is fully in favor of the given symbol.

Time: 15 minutes Participants are shortly presenting the narratives behind the symbols

Time: 30 minutes At the end, trainers do the debriefing:

• How did you feel when you needed to act based on a given symbol? What was hard in that process?

• Did you know anything about these symbols before?

• How did you make a common understanding in the group about the meaning of the symbol?

• Any examples of misunderstanding? Any heavy discussions/conflicts?

• What do you think is the reason for these heavy discussions?

• Did you expect that one symbol can indicate several meanings?

• To what extent a new narrative has been changed?

• What are the key changes? Is the narrative more harmful now

• Do you often face these narratives in your surrounding? What about in online sphere?

• What we can do with these hateful narratives?

Third part (1h30 mins) Participants come together in the third part of workshop.

Time: 15 minutes Briefly remind participants about the conclusions from the previous session with the focus on “what we can do with these hateful narratives”. 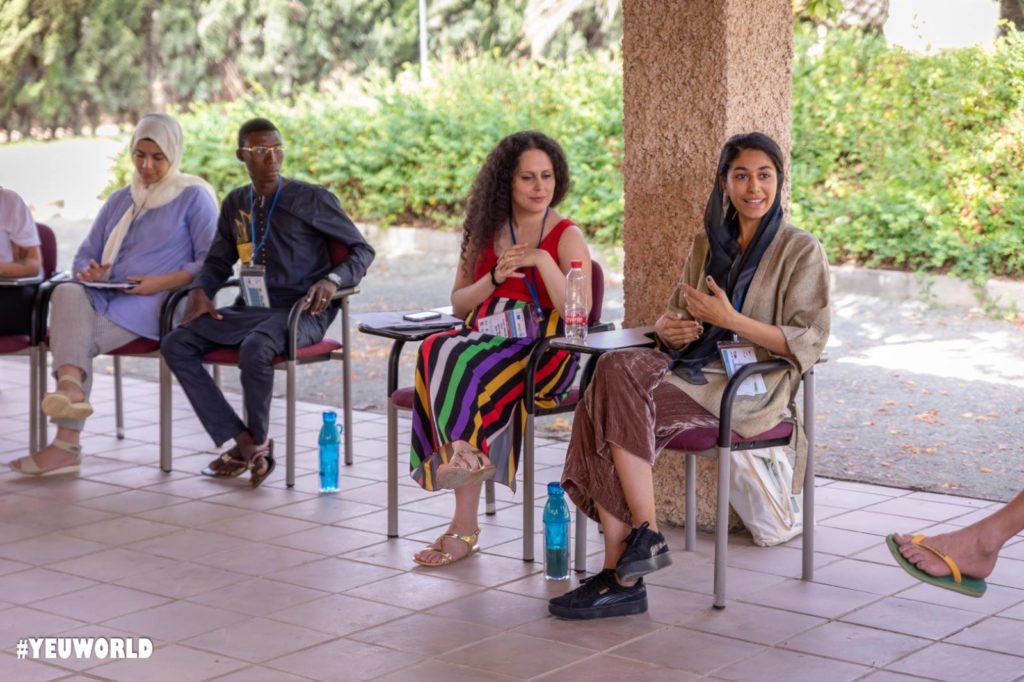 Chapter 7 We can Manual-

The facilitator provides one harmful narrative to the participants. Participants in randomly created groups need to provide an assessment on given oppressive narratives. Each group gets guiding questions.

Tone, structure and the content of the oppressive narrative.

• What are the issues at stake? What topics are mentioned? Which concepts seem to be central, repeated or debated about?

• What is the underlying structure of the narrative? Was there an original situation that was disrupted by an event or conflict? What seems to be the conclusion or desired result after overcoming the conflict?

• What type of language is used (for example, formal or informal)?

• What is the tone used (for example, ironic, threatening, arrogant, violent, funny or abusive)?

• What is the main intention of the narrative? What does it seek to do? • Does it encourage hateful behaviours towards the targeted group?

• Is the oppressive narrative packaged in a form of stereotype, prejudice or racism?

• Why is the oppressive narrative produced? Why did it happen?

• What is the current social, political, and economic context?

• What is the historical context?

• What is the cultural context?

1. What types of mainstream media have covered the oppressive narrative (e.g. TV, newspaper and radio)?

3. What levels has the distribution of oppressive narrative reached: a) local, b) national, c) international?

• Identify where the hotspot of the oppressive narrative is – where did it originate from?

• Identify the date or approximate time at which it emerged

• Identify in what geographical areas the oppressive narrative is being distributed

• Draw a timeline and look to see if there are any conflicts or events that the narrative can be related to (for example, present or historical) in the areas where the oppressive narrative is being spread

Impact The impact of an oppressive narrative can be analysed from different perspectives:

• From a quantitative perspective: the number of people and groups affected by and involved in supporting oppressive narratives

• From a qualitative perspective: the way people and groups are affected, from being discriminated against, to being threatened or even attacked physically. Find out how it affected the lives of individuals or groups. If
possible, run interviews and capture their stories

• To analyse the impact of the oppressive narrative better, try to identify its impact at the level of the individual or groups, as well as at the local, national and international levels

Time: 30 minutes After the group work is done, each group has to sum up their analysis and present key results on a flip chart paper. After each of the group will have up to five minutes to present these results. 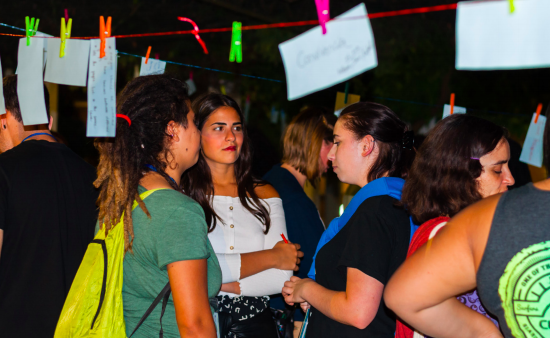 Time: 10 minutes Brief intro about the last part of the day and provided analysis of the harmful narrative in the previous session

3. Define content and tone (based on selected target group)

• Does it promote solidarity?

• Does it promote participation?

• Does it encourage intercultural dialogue?

• Does it encourage learning about human rights?

Time: 30 minutes Participants go back to original groups in which they were developing their harmful narratives based on given symbol. Now they have task to make a brief counter-narrative respecting described steps.

Time: 20 minutes Participants in plenary share their counter-narratives (or in three cohorts of two groups)

• How did the process flow?

• Was it harder to make counter narratives or perform analysis in the previous session? Why?

• Why do we need counter narratives?

• What we could do with these counter ones?

• How these narratives would be received from potential oppressed groups? And from oppressors?

Preparations for the session: Symbols (Two packs) have to be printed for the second session.

List of materials: Basic training materials (Flipcharts, markers, papers, pens, at least one person per group has to have a smartphone.)