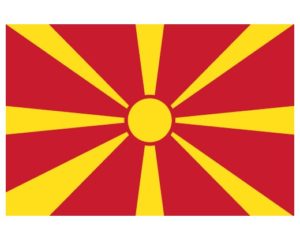 Macedonia is a small country in the heart of the Balkans. In Macedonia live around 2 million people from different nationalities. Near the capital, Skopje, is the 2nd biggest city of Macedonia, Kumanovo. In Kumanovo live around 120.000 habitants, Macedonians, Albanians, Serbians, Roma people, and others. Kumanovo is a post conflict city, but now a calm city, and from this we can assume that in Kumanovo we can face hate speech. The problems with all the nationalities which are living in Macedonia is obvious. A lot of organizations are tackling this issue but unfortunately there isn’t a huge impact of this.

All the nationalities are using different methods of sharing hate speech, such are the graffiti, media, sports activities and other different channels. Interesting fact is that after every big political issue, even that the decision isn’t on national issue, the number of hate speech cases is increasing.

With working on all this graffiti full with hate speech we would try to change them with beautiful pictures and create a better and peaceful society for everyone. Also, we would try to recreate the graffiti and make them beautiful without hate speech in them. For example: we can recreate the nazi symbol in cube, so when people will see the new graffiti they will see the colorful cube instead of the nazi symbol. With this we will send the message that we cannot wish death for other nationalities and all of us should try to create a better world.